Smart Storm present a technical paper at the Indo-UK workshop on Wastewater treatment: Approaches, Management and Capacity Building at the University of Panjab, Chandigarh, India.

The workshop was supported by the Newton Bhabba Fund funded by the UK Department for Business, Energy and Industrial Strategy and the Royal Society of Chemistry and delivered by the British Council.

The event was held at the Sophisticated Analytical Instrumentation Facility (SAIF) on the University campus in Chandigarh, one of the oldest Universities in India established originally established in 1882 in Lahore (now part of Pakistan). The main campus spreads over 550 acres of the city.

Paul Walters, our International Business Development Manager, spoke on the opening day of the three-day event. Water pollution has emerged as a growing concern and wastewater treatment is becoming more complicated by the emergence of a wide range of toxins in the effluent. The workshop brought together a wide range of scientific experts in the main from the field of academia, along with the involvement of a new generation of young researchers in the field.

Smart Storm were invited to participate due to their experience as a leading manufacturer in the field of wastewater, being knowledgeable and experienced in the measurement and application of instrumentation. Constantly challenging ourselves we used the opportunity to discuss our products, how our experience in the UK can be used in the emerging Indian market and to present a case study on bioremediation and how it works.

Dr. S.K. Vasudeva the Principal Scientific Adviser to the Government of India announced that the government is providing seed funding for academics to start projects in the fields of clean and wastewater. They are currently modelling ideas for dealing with the problem in major cities this is a matter of urgency as currently 70% of water is contaminated. Their challenge is to find low cost but effective technologies with innovative platforms. They are seeking international partnerships and acknowledge the need for partnerships with industry. Smart Storm is perfectly placed to work as a partner on such projects and the fact the company were invited to this event shows demonstrates we are acknowledged as not just experts in the field but as a company that is willing to partner with the university sector.

Professor Manwatra the Chairman of the Punjab pollution control board emphasised the need for re-cycling wastewater and the need to be able to use this to relieve pressure on the clean water available to service the population. His major concern is the lack of sampling of waste, they have sophisticated laboratories able to handle testing, but their use of them are very poor, they need to look at ways they can deal with this issue and in particular handle the levels of BOD and COD in the system and area where Smart Storm can be of assistance having experience in this area.

Professor Prasad from the University of Hyderabad particularly discussed the pollution in the River Ganges which is caused by Industrial effluent and to the government the cleaning of the Ganges has become a matter of national pride.

At the end of the workshop, the two universities involved intend to formally present a document to the British Council with the hope of gaining funding for further research. For Smart Storm we came away from the workshop in the knowledge that we have the expertise and instrumentation needed by the Indian market and we have been acknowledged by partners in India as a go to supplier in the field.

During the visit Paul also visited both the High Commission in Delhi and the Deputy High Commission in Chandigarh. In Delhi we were advised that there is an emphasis on innovation and technology in trade between the U.K. and India and that wastewater is an area of increasing concern to the national and provincial governments.

In Chandigarh an invitation was extended to host the Municipality of Chandigarh during a visit to the U.K in autumn of this year to discuss our expertise in the field wastewater and make introductions to the U.K. wastewater industry. 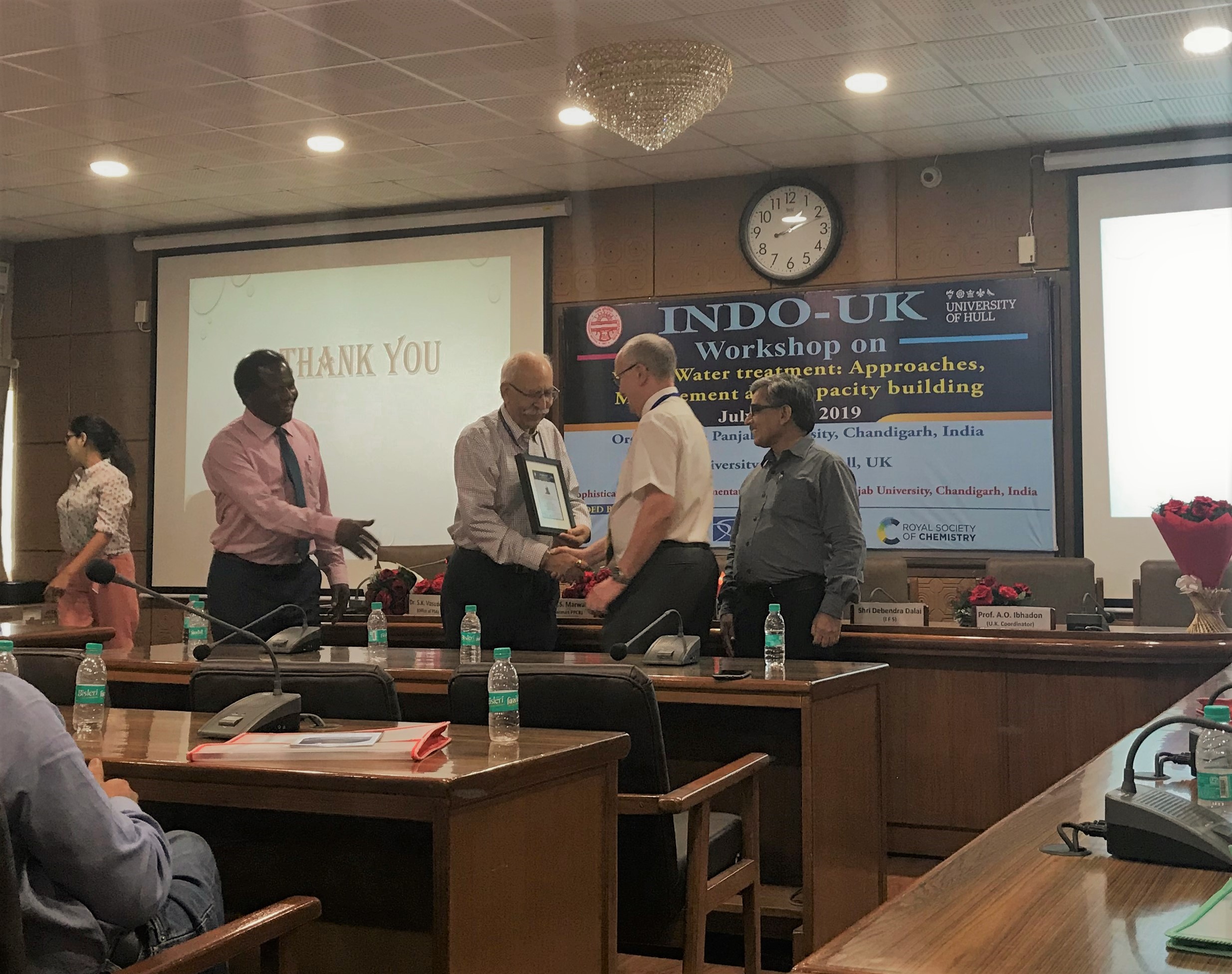 All Case Studies
All News Items